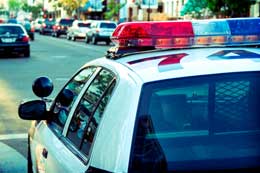 UC Berkeley police are investigating a sexual assault Monday night in People's Park and reminding students, who are headed back to classes next week, to be alert and aware of their surroundings and follow other safety tips on and around campus.

Meanwhile, campus police reminds people that if someone approaches you or touches you in an inappropriate manner, call 911 or 510-642-3333, or activate a blue light campus emergency phone.

The sexual assault occurred during the morning hours Monday in People's Park in the 2500 block of Haste Street by a man who frequents the park, police said. The exact time was not reported.

The woman, who is not affiliated with UC Berkeley, was asleep in the park when she was awoken by the man who was sexually assaulting her, police said. The woman screamed and the man left the area.

The assault is under investigation by campus police. The suspect is described as an African American man in his 50s, standing about 5 foot 7 and weighing about 160 pounds with a slender build. He was wearing a gray sweatshirt with a red devil on it.

As students and staff prepare to return to classes next week, the campus has unveiled a new web site dedicated to supporting victims of sexual assault and other violence. The site is http://survivorsupport.berkeley.edu.